There are 2 reasons to photograph the aurora. The first is the same reason you’d photograph anything amazing, to preserve the memory and share with others. But the 2nd reason is the northern lights show up much clearer in a picture than they do to the naked eye. This is because a camera can take a long exposure, and the photons from the aurora will accumulate on the sensor, increasing their brightness. The human eye is very limited in what it can see at night. Colors especially are very washed out, but they will show up much better with a long exposure on a camera. Sometimes you may be unable to tell if you are looking at the aurora or something else, but you can use a camera to confirm what you’re seeing. So how do you capture the aurora borealis? Keep reading to find out.

Because light pollution will drown out the aurora, it’s important to find a shooting location that is dark to the north. Use this map to help you find a spot.

The focus on your lens needs to be manually set to infinity. Autofocus will not work at night. Most lenses will have an ∞ symbol, but sometimes it will be touchy and not line up exactly. It may take some trial and error to get it just right. If your camera has live view then you can try zooming in and manually focusing on a bright star or a distant light.

This is an example of the settings you might start with.

But these settings can vary depending on the conditions. If there is too much light pollution or bright moonlight, then the ISO will need to be lowered or the aperture stopped down to prevent overexposure. This will help improve image quality as well. If it’s a dark night and your camera handles noise well, then try pushing the ISO even higher. Shutter speed is the biggest variable. For other types of night photography you might be using exposure times of 30 seconds. But the problem is the aurora moves, and thus it will blur if the exposure is too long. Although if the aurora is mostly stationary, you may want to experiment with longer shutter speeds. Most of the time, I use a shutter speed between 6 and 10 seconds. Usually the features of the aurora will not move too much during that time. But this is in mid-latitudes. In higher latitudes the northern lights will move much faster, and those shutter speeds will be too long. But it will also be much brighter, so you can decrease your shutter speed while still getting an acceptable exposure. In high-latitudes, try exposure times between 1 and 5 seconds, depending on the motion and brightness.

Framing
Including an interesting foreground will make for a better picture. Look for a lone tree, two-track road, barn, mountain peak, etc. to include in your composition. But it’s usually best not to have too much of the sky blocked. Again, an ultrawide angle lens makes it easier to include everything in your picture. When there is no moonlight, you may capture nothing more than a silhouette against the sky. The darkness and shorter shutter speeds make it difficult to show much detail. But on moonlit nights, it becomes easier to capture detail in the foreground, even if the northern lights become a bit washed out. If it’s a calm night, try catching the reflection of the lights in a small lake or pond.

Shooting in RAW will always provide the most flexibility with editing afterwards. I use Lightroom for editing, so my tips are specific to that program. Adjustments will always vary, but these are some of the settings I start with:

Coming Soon: How to Shoot a Time Lapse of the Aurora 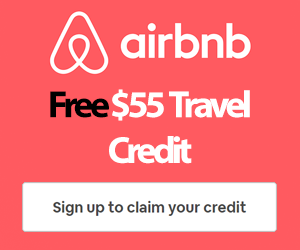